A Snapshot of France: Roussillion 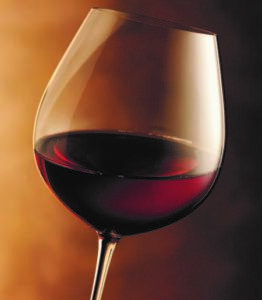 The Languedoc-Roussillon region is France’s largest wine producing region and vineyard area, with roughly one-third of all French wines produced here, including 11% of the world’s rosé wine production. We previously broke down the Languedoc area of this region, now let’s take a brief look at its sister region, Roussillon.

Culturally and geographically distinct from Languedoc, Roussillon is home to over 2,500 producers, 29 co-ops and 345 private winemakers. It was first planted to vine by the Greeks in the seventh century BC, but between the 13th and 17th centuries Roussillon was part of Spain and other crops took precedence. By 1659 Roussillon officially became part of France, and while the region still identifies more culturally with Catalonia, grapes once again took root.

Although vines began with the Greeks and have been found in the region since to varying degrees, Roussillon became a mass producer of wine in the 19th century. Despite a reputation for quantity over quality during this time, the region remained highly regarded for its Vins Deux Naturel for which the first AOP in Roussillon was designated in 1936. These fortified sweet wines can be traced back to 1285 in Perpignan where the process of mutage was first described. (Mutage is the process of fortifying fermenting wine with pure wine alcohol with an ABV of 96% to stop the yeast from converting the remaining sugar to alcohol in order to keep the wines sweet).

Fortunately, by the mid-twentieth century, most of Roussillon’s winemakers were refocused on fruit-forward and concentrated wines deriving from lower-yields and high-quality grapes. In 1977 two areas were AOP certified, Côtes du Roussillon and Côtes du Roussillon Villages. Today, foreign investment and the influx of young winemakers to the region has complemented the production of high-quality wines with exceptional value.

Roussillon is found along the southeast coast of France. The region is situated along nearly 40 white sand miles of Mediterranean coastline within a geographical amphitheater created by the sea, the snow-capped Pyrenees and the Corbières mountains.

Owing to its proximity to the Mediterranean Sea, the region is known for its typically hot, dry summers with little rain outside of autumn. This combined with more than 320 days of sun year-round, lend to the ability of the grapes to fully ripen. Although rainfall is low throughout the region, it is preserved in the numerous water tables found throughout the region. Additionally, three rivers flow from the mountains to the sea, providing water to the vineyards along the way.

The soils too are diverse. While the dominant soil types are clay, limestone, schist, and granite. In the north, the soils are limestone rich and red, and in the east sand, stones and silt are more abundant.

Another climatic aspect allowing the region to embrace organics are the eight different winds which flow from eight different directions to keep the vines dry. These winds offer natural protection to the vines from disease and pests, and moisture from the sea lending to strong phenolics – or the freshness of the aromas and flavors.

Today the US is Roussillon’s fourth largest importer offering significant quality price ratio options to US consumers. Once thought of as a region for underwhelming table wines, it now boasts 770,000 hectares of vineyards many of which are organic or biodynamic, 24 authorized grape varieties and accounts for two percent of overall French wine production. Winemakers from this region have been focusing on quality, bio-dynamics and organic production for decades and it shows in the quality of wines coming from the region today.

About the Author: Kristy Wenz

A wine and travel writer, influencer, and events & communications consultant based in Chicago, Kristy spent 20-years in public relations and marketing before combining her communications skills with her passion and expertise for wine, travel and culture. She is a published author with numerous digital publications including Winetraveler, Wine Tourist Magazine, and the Finger Lakes Wine Country as well as for her own blog of eight years.