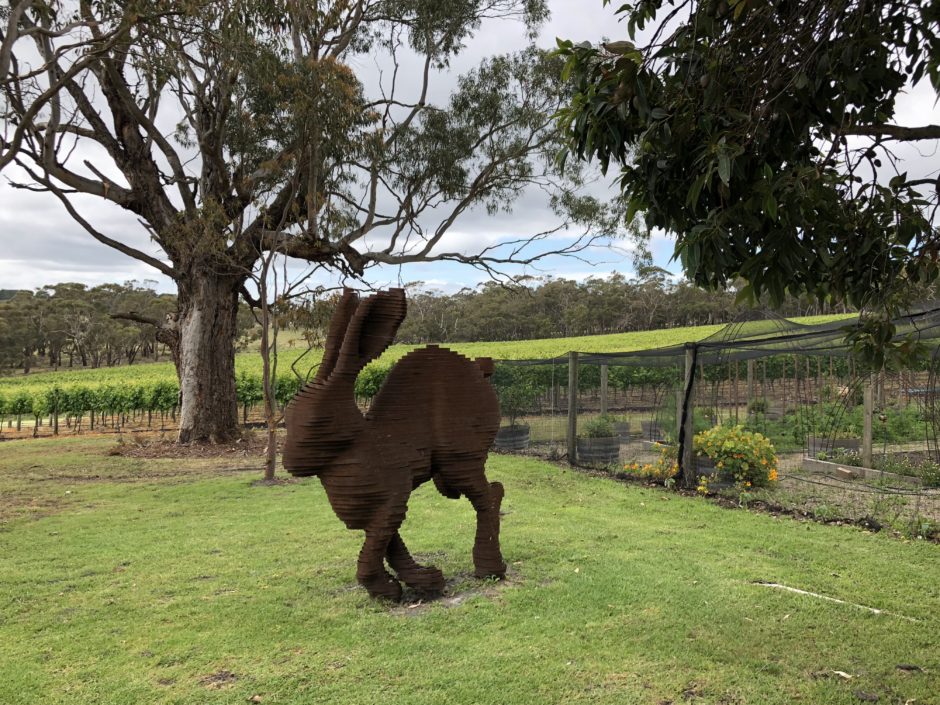 Most wine drinking consumers are familiar with Australian wines, but how familiar are we really? Often the first wine to come to mind is an Australian Shiraz – those big, full-body, fruit-forward, spicy wines that took hold of the U.S. market in the early 2000s.

However, let’s think about that phrase for a moment, “Australian Shiraz.”

Australia, the sixth largest country in the world, is almost 7.7 million square kilometers with four topographical regions – to say nothing of the various climates, weather, aspects, elevations, soils, etc. found within each of those regions. And as for wine regions, there are currently 65 of those. With that in mind, is it fair to classify Shiraz as simply Australian? That would be akin to using the phrase “American Cabernet” or “French Chardonnay.” It’s simply not that simple.

“Australian Wine Made Our Way”

The complexity, diversity and energy of Australian wine was on display this month throughout the U.S. at the “Far From Ordinary” Roadshow hosted by Wine Australia, and the American Wine School had the opportunity to talk with Mark Davidson, Wine Australia’s Head of Education for some insights into the Australian wine industry and where it’s headed.

“Australia has something I can’t quite put my finger on – how we’ve evolved as a culture with our colonial background and respect for tradition, yet always with an eye toward what’s next while dancing around the edges of the future,” said Davidson. “While we take the time to understand winemaking around the world, often learning in vineyards and cellars of established winemaking regions, we are now at the point at which we have the confidence to make it our way – again with that respect for tradition, but with an energy and the terroir that’s uniquely Australian.”

Indeed, Davidson says it’s an exciting time to be in Australian wine which is seeing a culmination of experience, confidence and energy at every level. In the vineyards, viticulturists are embracing new technologies and preparing for the future in which changing climates and weather patterns will make significant impacts.

“The answer to climate change for winemakers will lie in the vineyards and we’re seeing many wineries across Australia take steps to be ahead of the curve and prepared for changing patterns,” said Davidson. “In fact, Henschke Cellars, a 6th generation family cellar in South Australia, has had to implement frost protection techniques – a first for this wine family in 150 years.”

The shift is not all about Mother Nature either. Winemakers are adapting to cultural changes as well. While food and wine continue to be an integral part of the Australian lifestyle, the types of foods and how they’re enjoyed has seen a dramatic revolution in recent decades. Today the food scene is largely multicultural with an emphasis on fresh produce, seafood and local flavors, and today’s Australian wines are an exciting piece of the puzzle. Winemakers across the country are embracing new grape varieties based on suitability rather than trends, and as is consistent throughout the wine world – what grows together, often goes together.

Exploring the Road Show offered a brief look into the diversity of wines across Australia’s regions including the Yarra Valley, Margaret River, McLaren Vale, and Eden Valley, among others. Initially the grape varieties were not surprising – Pinot Noir, Shiraz, Grenache, Chardonnay, Riesling, etc. However, what was a surprise was the varied styles and expressions of these well-known international varieties. The wines ranged from light to full body, most reflected a freshness with a noted vitality and vibrancy, and many were both ready to be consumed while also suitable for additional aging.

A particularly notable example of this diversity of character were the Pinot Noirs of a Yarra Valley producer, Giant Steps. Giant Steps offered tastes of three different Pinot Noirs, each a 2018, but from three different vineyard blocks. Not only did the styles range from soft, fresh and supple, to the more bold, structured and grippy, but the difference in terroir was clearly noted in the flavors, aromas and acidity. And then there were Henschke’s Shiraz examples – a 2016 from the Barossa Valley, a Shiraz-Grenache blend, and a 2015 Eden Valley Shiraz from 115-year old vines. Again, different expressions reflective of both the terroir and winemaking style from a family with a clear history of expertise and passion for these South Australia regions.

“Australia most certainly has and will maintain its fine wine traditions,” commented Davidson, “but we’re also changing the reference point, and we’re at a moment in our history where we have the confidence and wines to do just that.”

And how will Australia change that reference point? Well, as evidenced at the tasting, the quality and diversity of the wines on showcase are clear to redefine any preconceived notions of Australian wines. However, one interesting point of differentiation, which may truly change the narrative, is the emergence of Mediterranean varietal wines. For the past 10 to 15 years, Australian viticulturists have been planting and working with a plethora of grapes from various Mediterranean regions with similar climates, soils and overall growing conditions, and within the last several years, producing these grapes into wines reflective of the varieties’ traditional characteristics, but with a new Australian vitality. These newer varieties include those often found in Italy such as Vermentino, Fiano, Nero d’Avola, Sangiovese, and even Sagrantino and Graciano. Tempranillo is also found in many vineyards across Australia and is grown with much success. We even tasted a Mencia at the Road Show and hear some Greek varieties are currently growing in a few Australian nurseries.

Davidson notes, “It’s about finding the varieties that will grow the best for the conditions, which ones are most suitable. And the fun thing is, they are not making these wines to compare to those of other regions, but rather in their own Australian way.”

While grapes will always express typical variety characteristics, they also reflect where they are grown. And Australian winemakers today are embracing those differences and as a result producing some amazing regional wines from the Riverland to Margaret River. Have you explored Australian wines lately? Perhaps it’s time to re-educate yourself and begin exploring the many regions across the vast continent. As Davidson said, “It’s an exciting time to be in Australian wine. There’s an energy when you visit Australia that cannot be put into words, and today, we’re seeing that same energy in the wines.”

This week’s AWS blog was written and submitted by Kristy Wenz. Kristy is a wine writer and a WSET Diploma candidate.